“Endless Immersion is so warm and inviting like a crystal-clear pond of water that’s the perfect temperature. It reminded me of so many things, and yet – beautifully – nothing. I wish longingly for a “meditation room” with the music always in it, always on.” – Sam Crawford

“…it’s a brand new experience in electroacoustic soundscapes.[…] If I said I could bend time and space, you’d think I was delusional. If I said I could manipulate emotions, you’d call me a narcissist. But if I said that I could show you something that could change the way you meditate, you might be intrigued. […] Even for those who might not be religious meditators, this album can seriously change your perception of time, space, and humanity. – Angelina Panozzo

I want to challenge the traditional way we listen to music. Does a composition have to have a beginning and an end? Does it have to be shorter than ten minutes? Shorter than four minutes? I want to obliterate the boundaries of time, rhythm, measures, and form, and create an environment that could be entered and re-entered at any moment.

Endless Immersion is like an ever-changing mist that fills the air enveloping the listener. It pulsates, vibrates, tingles, changes colors, and sweeps in waves and layers that come and go, morph, merge, dissolve, and drift away.

I originally composed Endless Immersion for a quadraphonic environment in partnership with Asheville’s visual artist Lynda Sondles and together we built a three-dimensional installation to “contain” the music. In this setting, two independent stereophonic music loops of different lengths are aligned in such a way that the sonic environment unfolds endlessly with the listener experiencing always fresh combinations of sounds.

The album version of Endless Immersion contains two variants of the loop alignment for a total of 120 minutes of music on two CDs for a traditional stereophonic environment (CD player, iPod, etc).

The Language of Endless Immersion

Although, in the quadraphonic environment, the loops can align at any point on their individual timelines, the music is composed in such a way that, as in a kaleidoscope, the resulting “image” is harmonically anchored and whole. If there are seemingly accidental sounds on either loop, they fit and align with their counterparts to create a soundscape that fosters calm, meditation, and emotional centering (dare I say healing?), but also an intellectually engaging experience. Endless Immersion is not merely a passive ambient musical landscape. It claims the listener’s attention and offers him or her passage to another dimension where time does not exist.

The ambiance of Endless Immersion is composed of an electro-acoustic mixture of natural sounds, live voice and instruments, samples of acoustic and electronic instruments, and synthesis of all of the above. 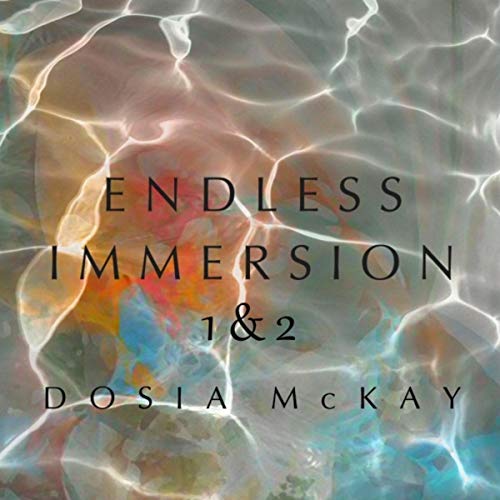