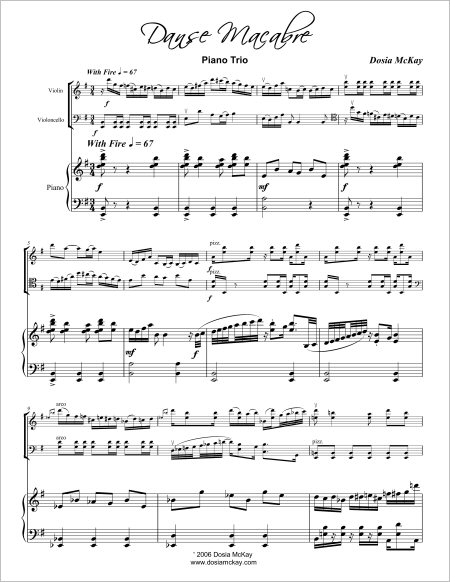 Danse Macabre, a dance of death, is a late medieval allegory of the universality of death. Ravished by the horrors of the 14th century; famines, wars, and the Black Plague, Europe was constantly reminded of the brevity and fragility of life. Paintings of that period personify death and depict it as a skeleton or a decaying body leading people from the highest ranks of the medieval hierarchy (a pope and emperor), down to its lowest (beggar, peasant, and child), in a procession or a grotesque dance. The allegory of the dance with death is also present in plays and poetry of that period. Artists throughout the centuries have been fascinated by this theme as well. The present work follows in this tradition. It is the composer’s personal, emotional reaction to our society’s quiet and “disinfected” way of dealing with death and grief. It is an expression of senselessness and bewilderment after losing a young friend to the grip of death.