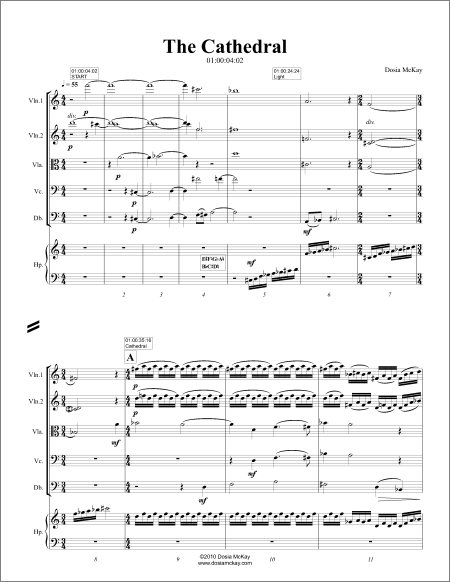 During my graduate studies in scoring for film and multimedia at New York University, I had the privilege to record four demo soundtracks with the NYU session players. The common practice is to extract a scene from an existing film and interpret it with original music. This scene comes from The Cathedral by Pixar (directed by Tomek Baginski). To evoke the aura of mystery and suspense I utilized the octatonic scale with multiple modulations.